We also sold out of our Hearts, Hibs and Scottish Rugby editions within 10 weeks of these going on sale – all have been reprinted.

This was achieved without any marketing spend and as our brand grows we expect sales to increase significantly. The board game sector is projected to experience 10% year on year growth for the next 3 or 4 years and indeed sales were up 240% in Q1 of this year – mostly down to the virus lock-down.

We currently sell in Scotland and the southeast of England via sales agents and this worked well last year,  and I am looking to grow our network as our range of games increases. We will soon have a range of games which should now start to appeal, more and more of the whole of the UK.

We sell trivia board games by city and by sports team Current editions include:

And we are about to launch 5 new editions at the start of Q4 i.e.

This will take us to 18 different editions of our game. See our website. www.taxiboardgame.co.uk

The most recently launched edition was the England Rugby Union game – launched in partnership with the RFU,

All our sports editions are created in partnership with the respective club or association.

We have many more football/rugby teams lined up to work with in 2021 and already are looking at a new London edition, an edition with the Northern Irish Football Association, and Irish Rugby Edition, a Welsh Rugby edition plus a city edition for Dublin – on top of that we hope to secure some of the other top English Premiership sides, so fingers crossed.

Our future strategy is to launch sports and city editions.

How to play video

The trivia board games sell well in gift shops, garden centres, tourist attractions and independent sports shops…surprisingly it is a little hit or miss with toy shops…but we are more of a gift than a toy. We also work with WH Smiths.

Expert in perfumes, skin and body care, and originating in Turkey, Atelier Rebul have been combining pharmaceutical knowledge with Arabic… 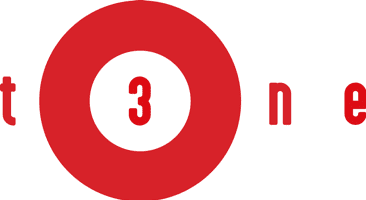 An opportunity to work with an independent record company, 3tone. You will be selling a CD for an upcoming, young…

We are currently looking for candidates covering London, and the Midlands. They should have an excellent network of gift shops, garden centres and tourist attractions. The sports editions of the games may also sell well via independent sports shops.